It’s day 31 of the 30 day challenge! Well, if I’d picked a month with the right number of days in it, that would have worked out better. Anyway, for the final day, we’re having Southern biscuits!

These are of course American-Southern biscuits, as opposed to digestives from Cornwall.

They look a bit like scones, have a similar texture, but are usually eaten in place of a potato product.

Ably assisted by The American, we’re going to use a recipe from by Alton Brown on the Food Network website. So, let’s give this Jammie Dodgers and chicken thing a whirl!

Here’s what we do. Bang on the oven at gas mark 8, grab a single solitary bowl. Chuck in some flour, baking powder, baking soda and salt – I’m already thinking this is going to taste salty. As in, very salty.

Butter and shortening are carefully lobbed in, then rubbed in to make lovely crumbs. Then you have to dig a well. 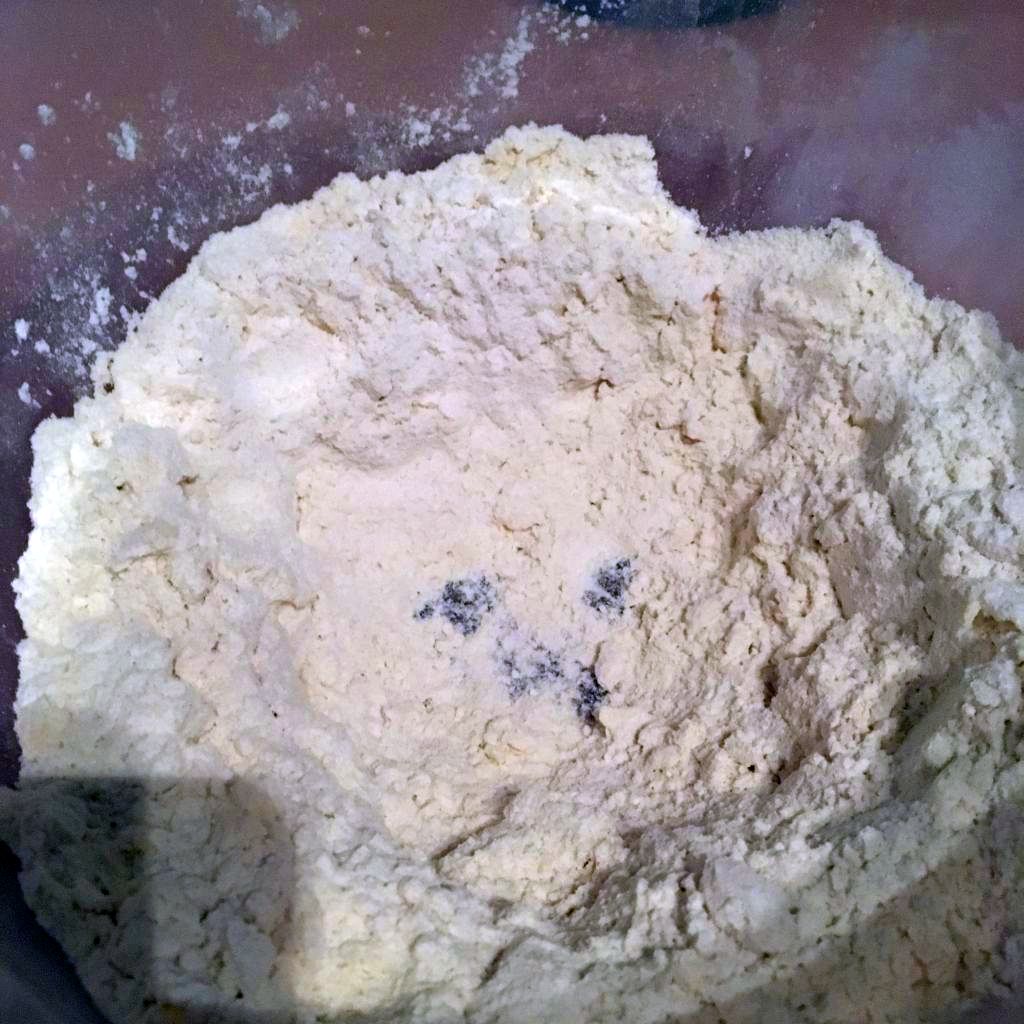 No, wait, it was make a well in the middle. That’s easier. A cup of buttermilk is poured in, and stirred with a non-walloping spoon. 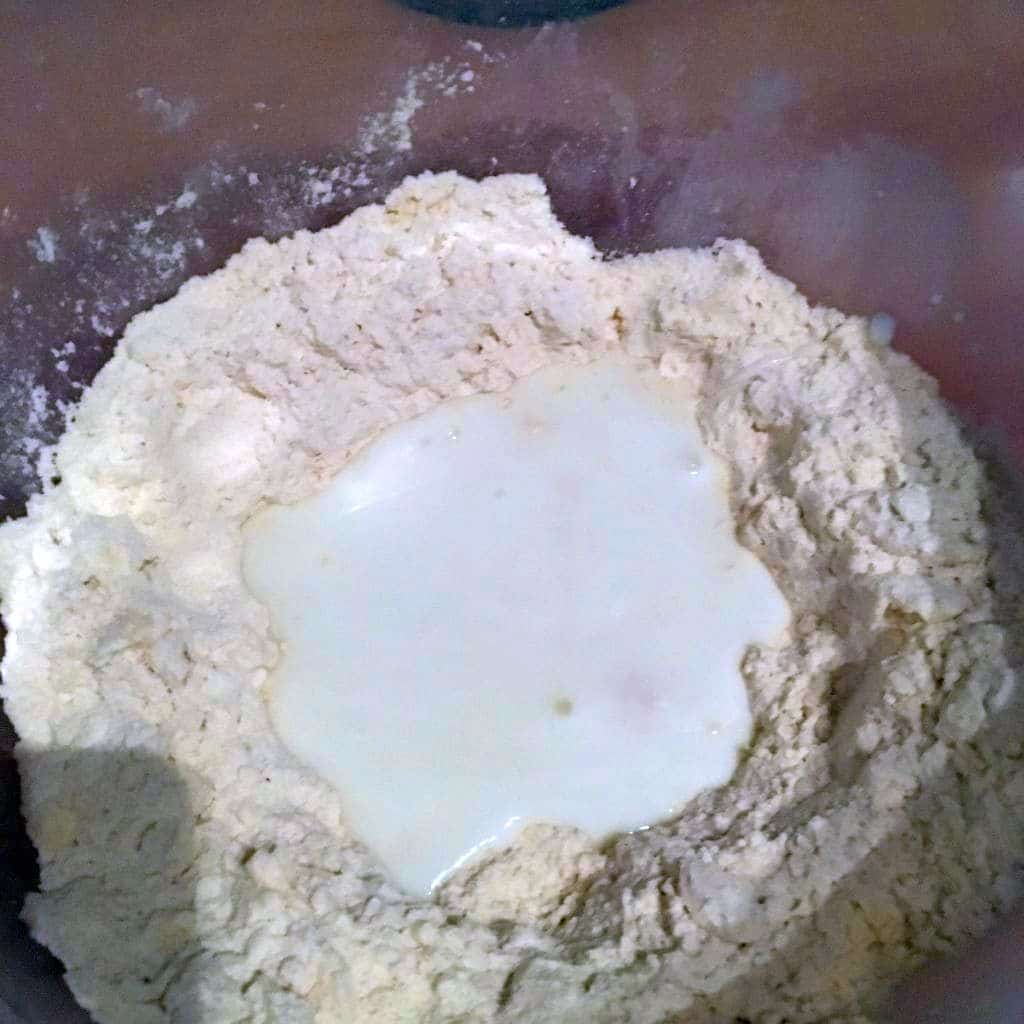 The sticky dough is then juggled onto a floured board. 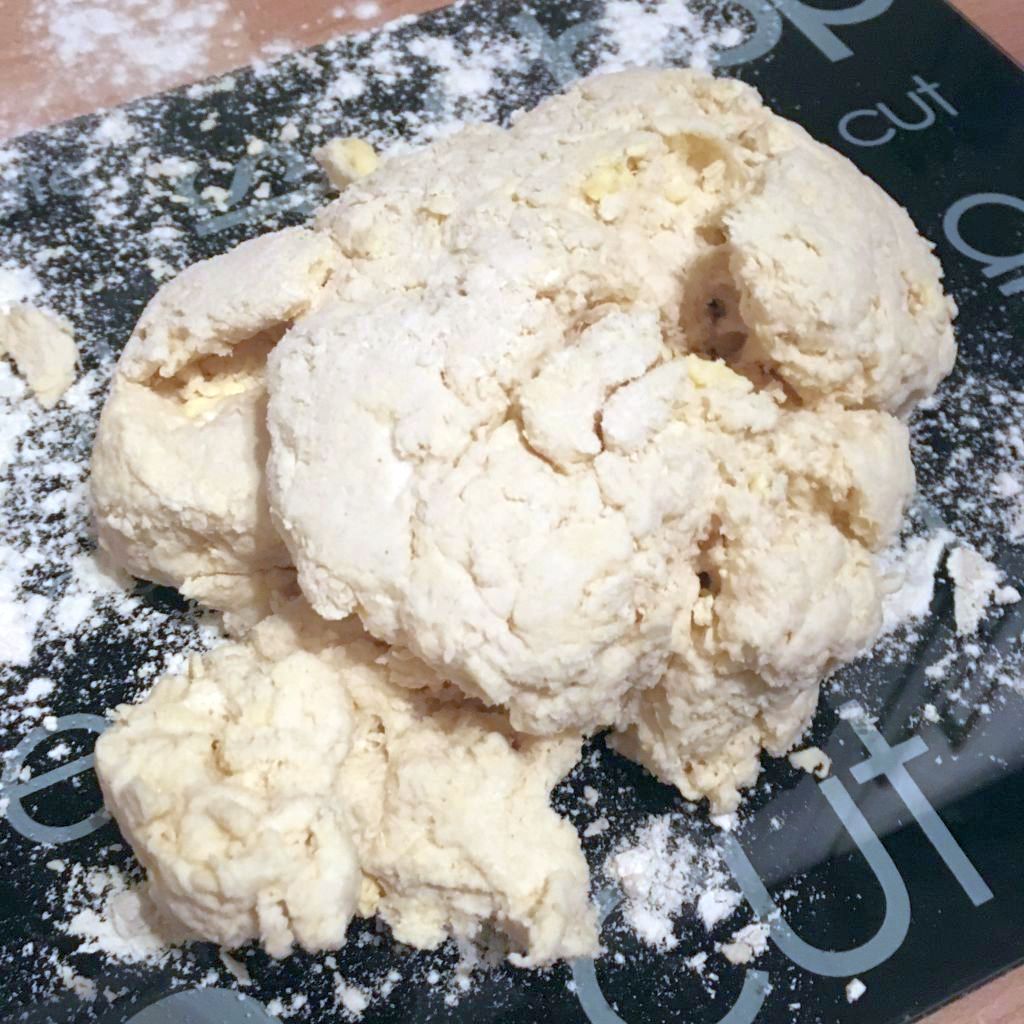 Flour is sprinkled on the top, and the dough is folded like a piece of paper several times. It’s then flattened out, and circles are cut out of it. I discovered at this point that I still have no pastry cutters, and so used an empty and clean jar to cut the shapes. This worked well, until I tried to remove the cut shapes and place them on a baking tray.

I managed this with the help of a small spoon, but it did mean that none of them were round. 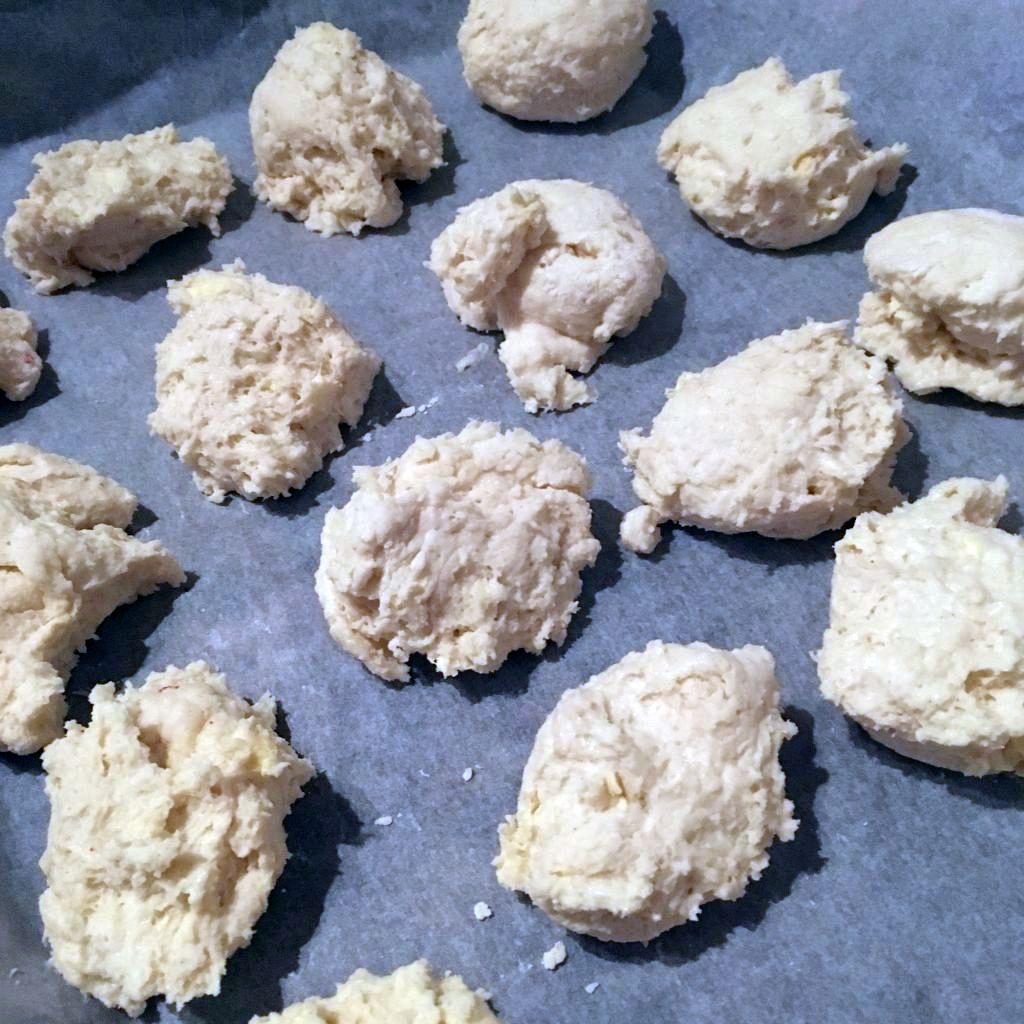 Sling them in the oven for a bit, along with some chicken, and start making the honey butter! This is made by mixing butter, honey, and cinnamon together – there are many recipes online, and nobody seems to agree how it should be done. So I just did it anyway. 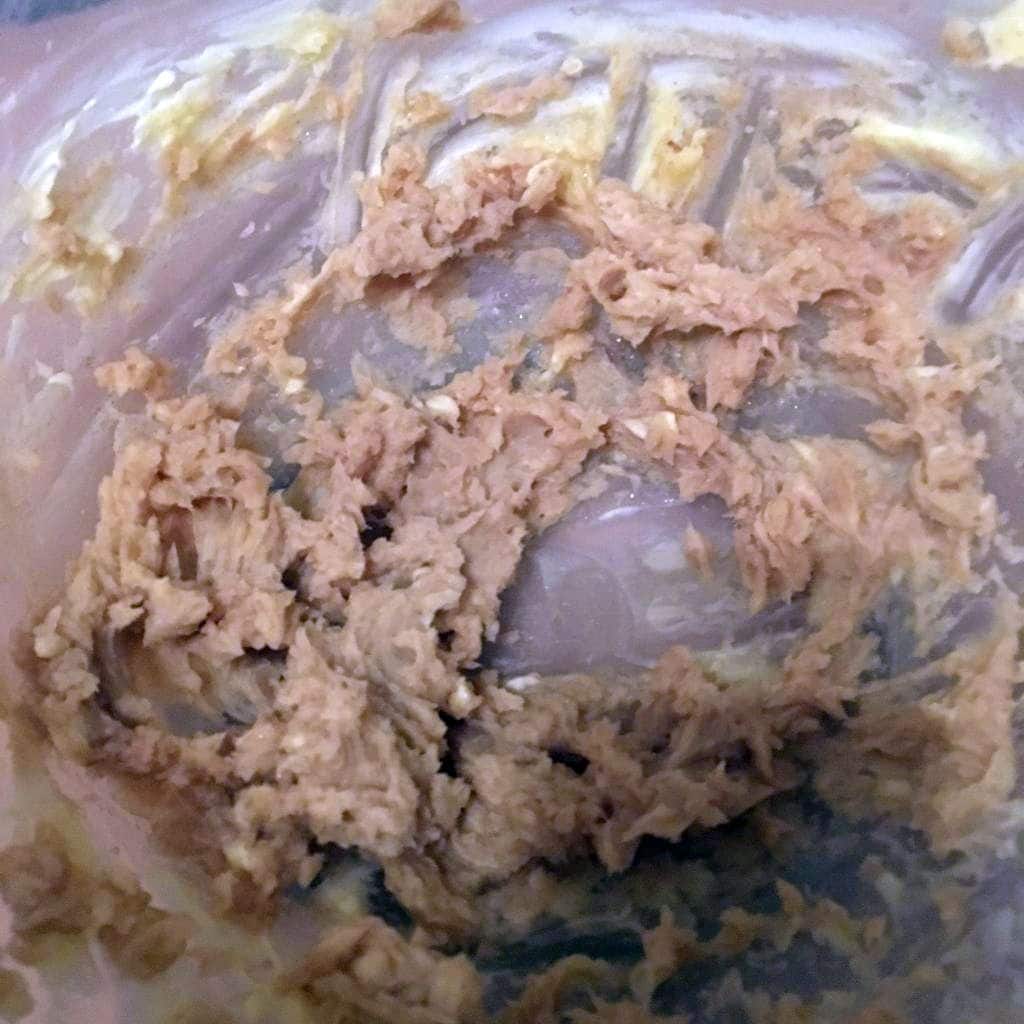 When it’s all cooked, hurl it at a plate, and either spread the honey butter on the biscuits, or put it to one side and dip them in. I chose the latter. 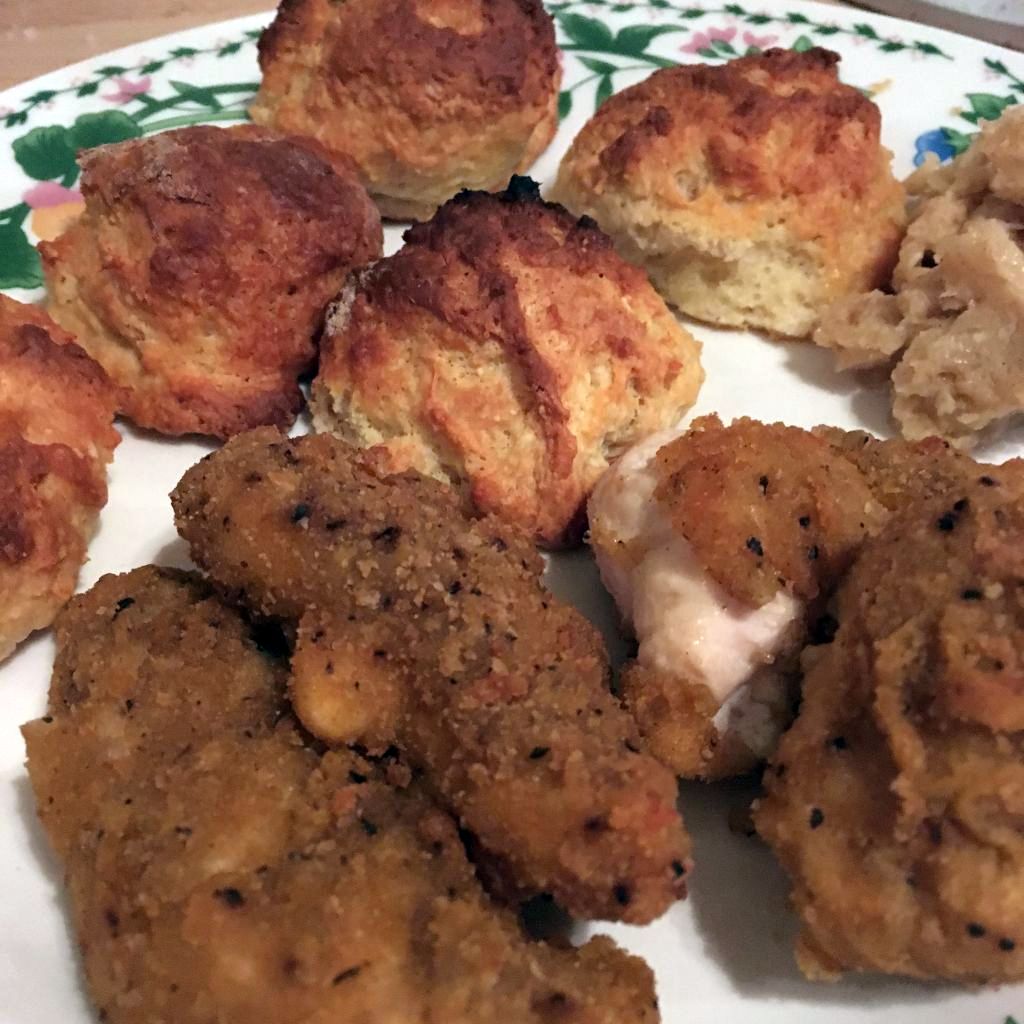 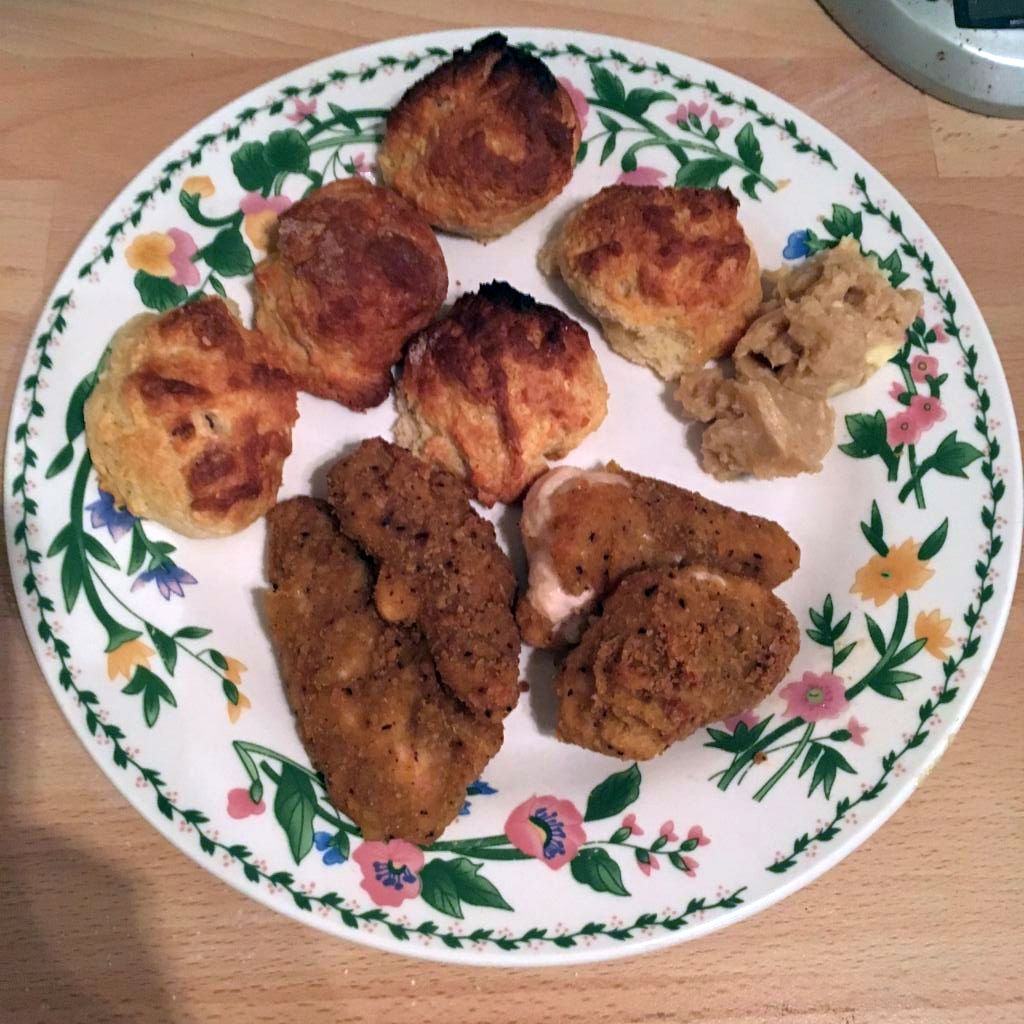 I was right – they were a bit salty. But also delicious. So that’s OK.