This is one of those things you go into thinking, how difficult can it be? I mean, pulling pork is quite simple. You tie a piece of string around it and drag it along. Not sure how it will taste, though.

Oh, I see. You have to cook it, then pull it apart. That makes more sense, I suppose. Freaks.

Today’s Recicember recipe is from 100 Days of Real Food, and is modestly called “THE BEST PULLED PORK IN A CROCK POT!”

I do feel that I should be the judge of that, but my experience of pulled pork is limited. My experience of crock pots is also limited, so this is quite likely to be the best pulled pork in a crock pot I have ever tasted, but there is a severe lack of competition in that department.

Also, while we’re at it, why are these things called crock pots in the US and slow cookers in the UK? According to Google, “crock” either means “an earthenware pot or jar” or “something considered to be complete nonsense”, with the latter being specifically North American.

So here we go with a North American recipe…

THE BEST PULLED PORK IN A NONSENSE COOKER!

Right, what’s happening, fam? I’m going to come clean on this one, I have actually made pulled pork before. Twice. But I lost the recipe for the rub, so I’m going to use the spices from this one and add some ketchup to it. Deal with it. 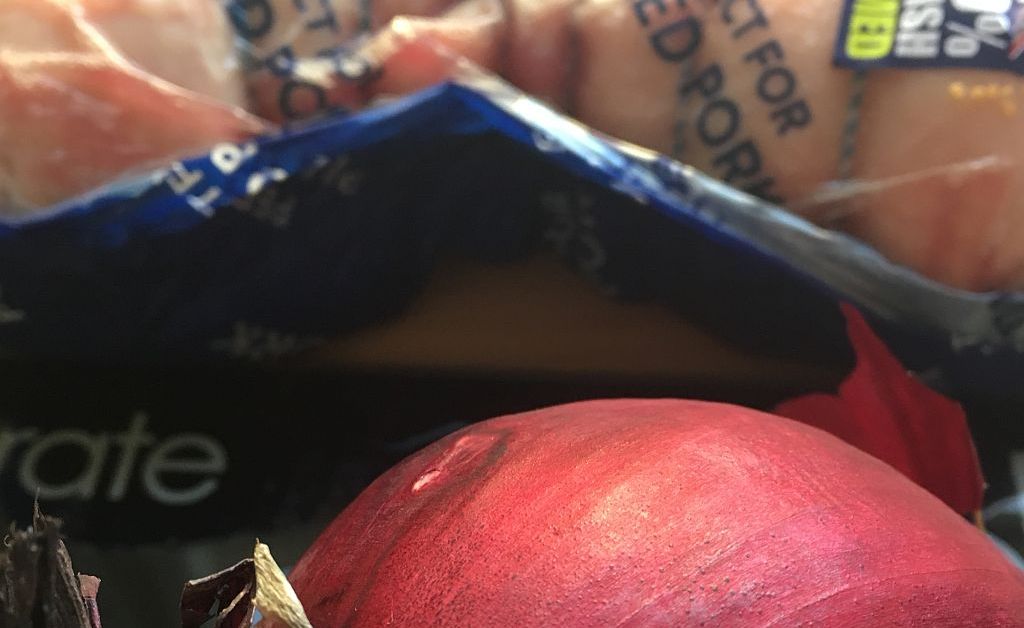 We’re mixing up some paprika, pepper, cayenne pepper, salt, thyme, honey, vinegar, olive oil, and tomato ketchup to cover the meat with. Smells like an explosion in a seasoning factory.

Next up, I’m trimming the majority of the fat off the meat. Why? Because it doesn’t cook well in a nonsense cooker, and it would deflect my efforts with the ketchup.

Rather than slicing an onion in half as the recipe suggests, I’m going to chop it into a few pieces and lay it out on the bottom of the nonsense cooker. The meat is balanced on top, and the rub/sauce is poured over the top.

Bang on the lid, put the nonsense cooker on low for about 8 hours… 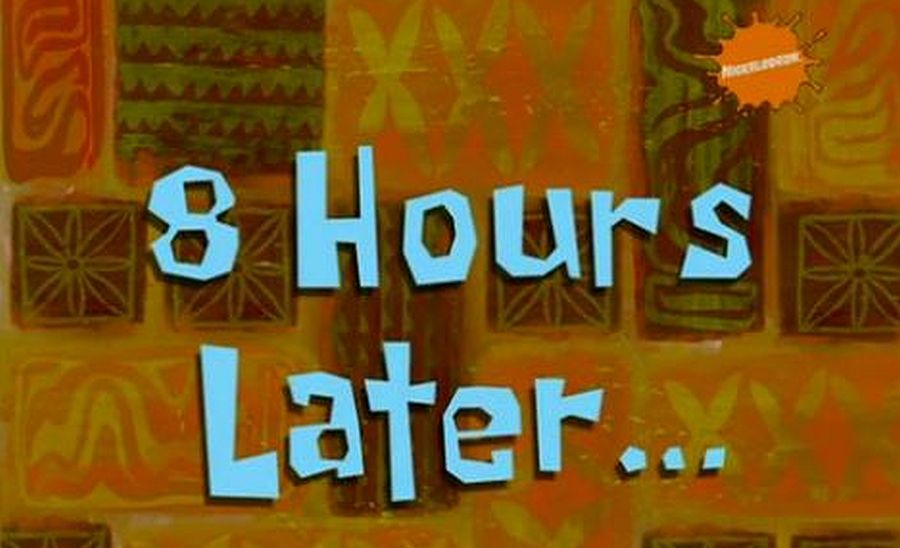 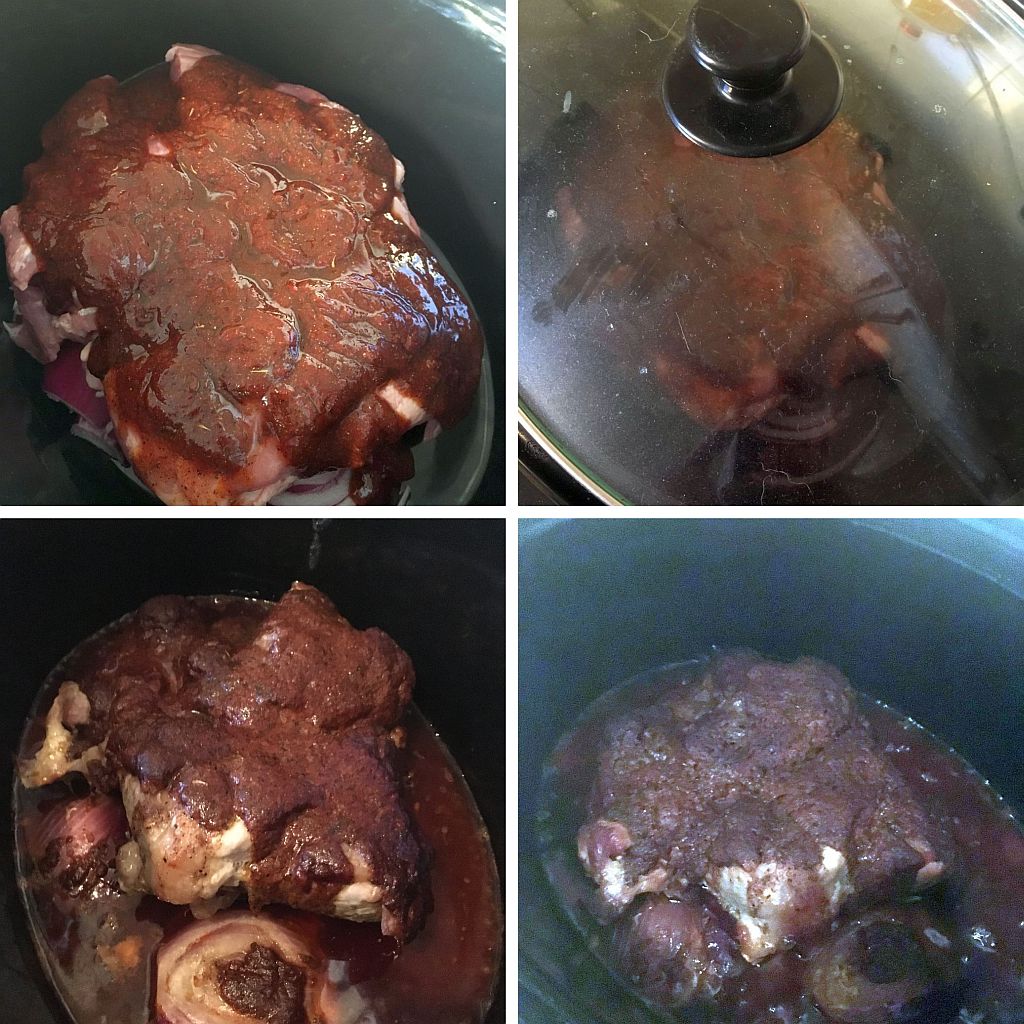 Hack at it with a couple of forks, lob it in some bread, shove it down your throat. Slowly. It’s worth tasting. 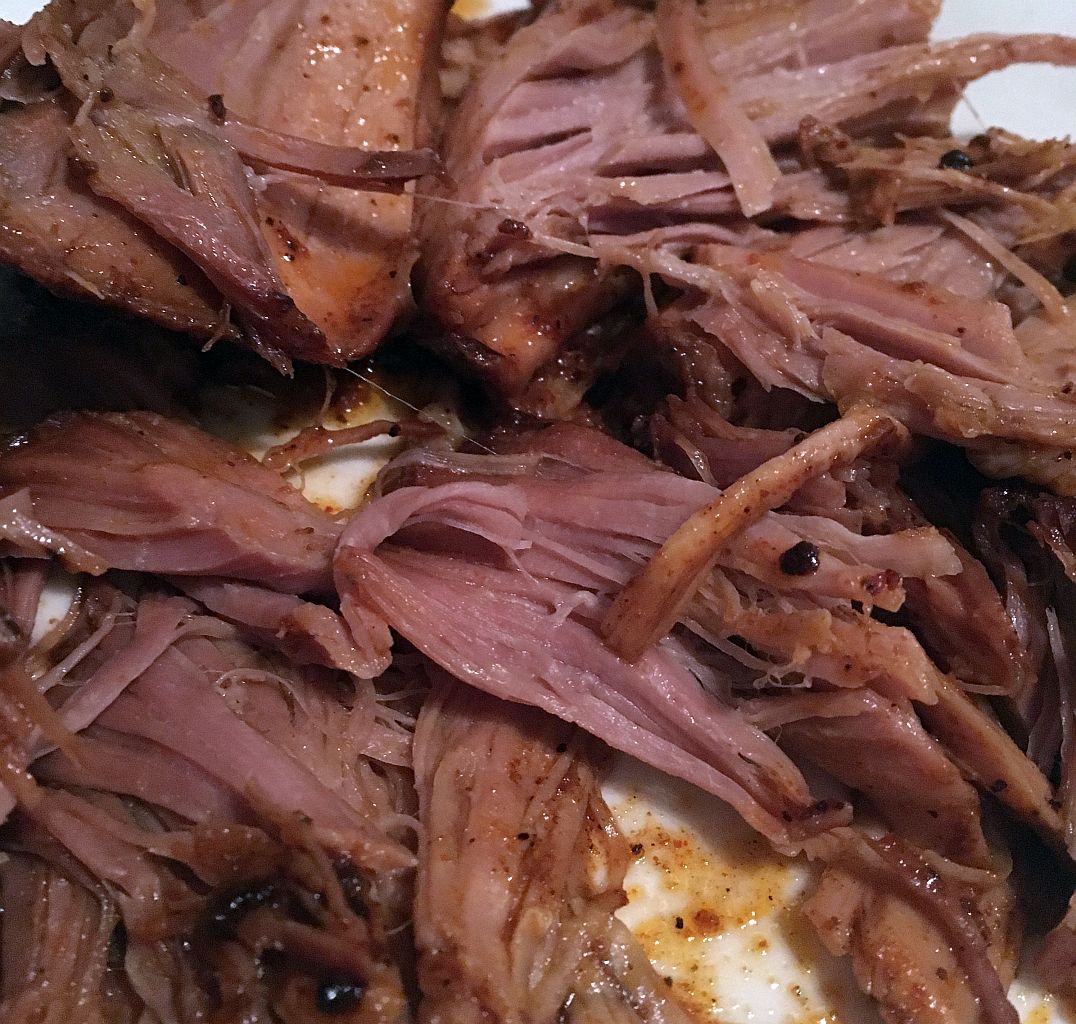 This is a recipe I like! Well done, 100 Days of Real Food. Apart from the lack of ketchup, but I guess that’s your ‘thing’.

TL;DR: Ketchup and pig in a nonsense cooker. Deliciousness in a bun.