Gah! I have cake up to my armpits, which is a very strange place to have cake. It’s time to do something slightly different on #recicember…bread!

To be precise, bread rolls – or depending on where you are from, baps, cobs, bread buns, buns, dinner rolls, cloudy munchies, embittered clowns, or subs. I may have made some of those up.

I have my own recipe for making bread, which I’ve tried and tested (and fiddled about with) over the years, and it always turns out nice. Today, however, we will be using the recipe on the back of a packet of yeast. YOLO, and all that. 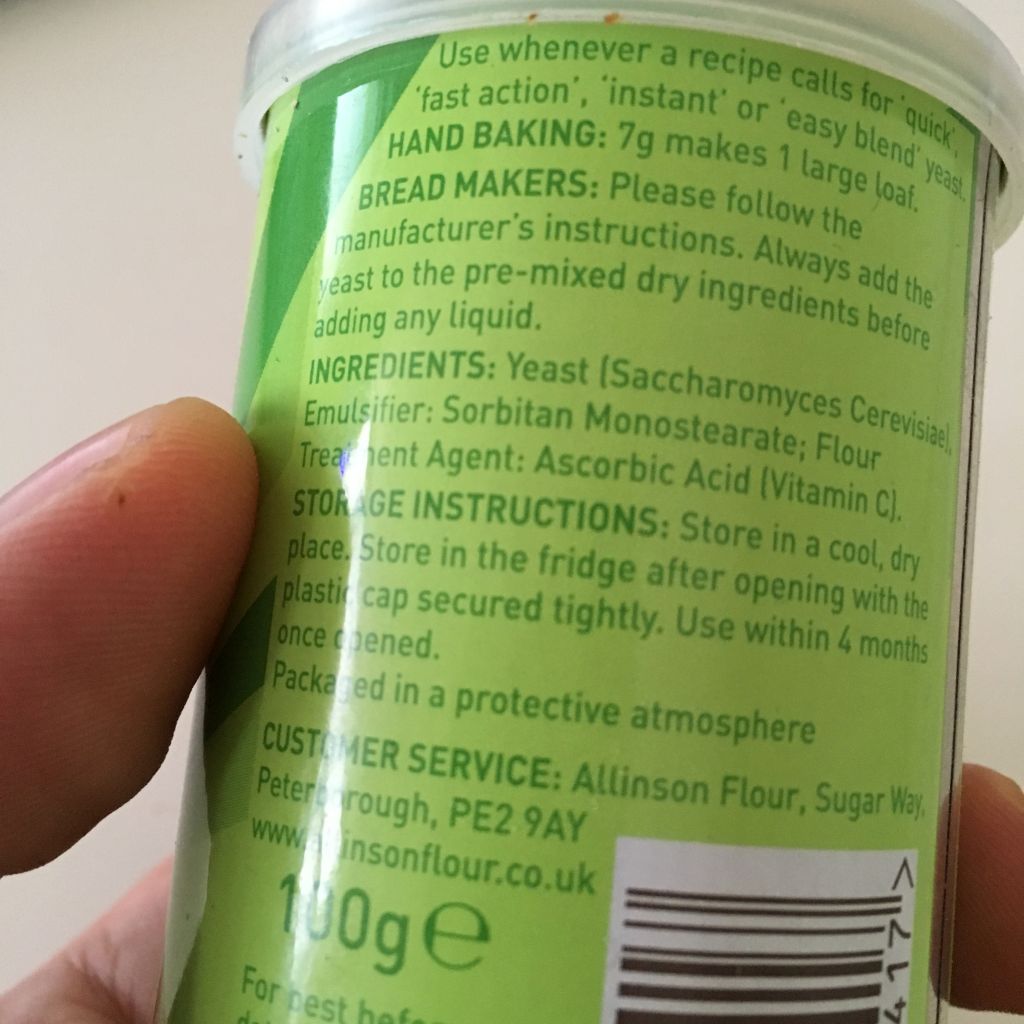 So chuck some flour, sugar, salt, and yeast in a bowl, and stir it up to mix everything. Rub in 15g of butter. That’s not a lot of butter. I think you might need to stretch it before rubbing it in, which is why oil is listed as an alternative. I’m not sure how you’d go about rubbing oil in, though.

Then add 300ml of “warm” water. Apparently, warm water is one third boiling and two-thirds cold water. Who knew? Quick little tip here – 1ml of water weighs 1g. So if you want 300ml, weigh 300g of water. Scales are normally more accurate than the marks on jugs, and as you can see from the pictures below I measured the amount perfectly. Ish.

In the name of laziness, I mixed it all up with an electric mixer with a dough hook attached. According to some, this means you don’t have to knead the bread. I don’t necessarily believe this, so after it was mixed, I lobbed it onto a floured chopping board and gave it a good kneading.

Next, either lob it in a tin or do what you want with it so it can rise. I divided my dough into 6 perfectly equal amounts, and set them out on a greased tray to make half a dozen rolls.

And then you have to wait.

The miracle is complete! The rolls have now doubled in size! Chuck ’em in the oven for a bit and take them out when they’ve browned up a bit.

Well, Allinson’s Easy Bake Yeast, your recipe was much nicer to follow than that Mary Berry or Jamie Oliver.