Potatoes! Does it really need an ‘e’ in it? Speelchekker says so, so it stays. For now. Maybe we’ll take a vote later. Not really important, because we all know what a potato is. You say potato, I say potato, let’s call the whole thing off because that doesn’t really work when it’s written down.

Anyway, this is a variation on yer-actual-standard roast potato that I created about fifteen years ago. I know when it was, because it was just before my youngest son was born. His mother declared she wasn’t hungry, so I made some potato for myself. I didn’t get to eat it, because apparently it smelled too good. I have subsequently made more, and managed to eat them (the trick is to make twice as much as you want). Youngest son also likes these potatoes, possibly because he was involved in the initial sampling.

“What are the ingredients?” I hear you cry. You will need: 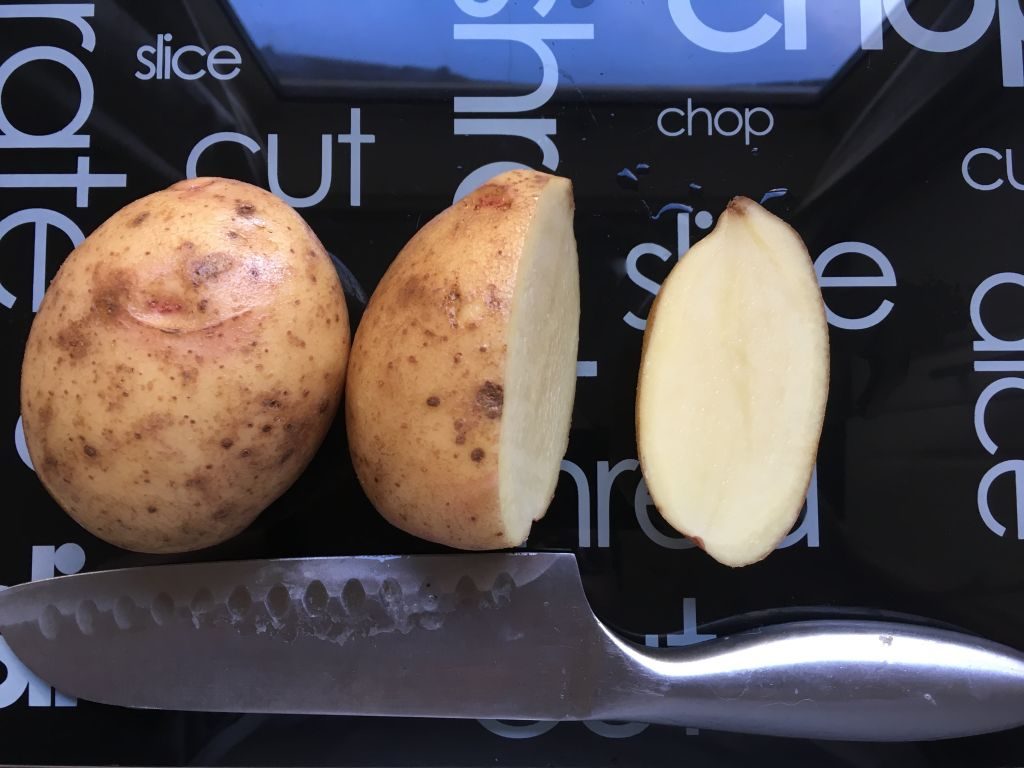 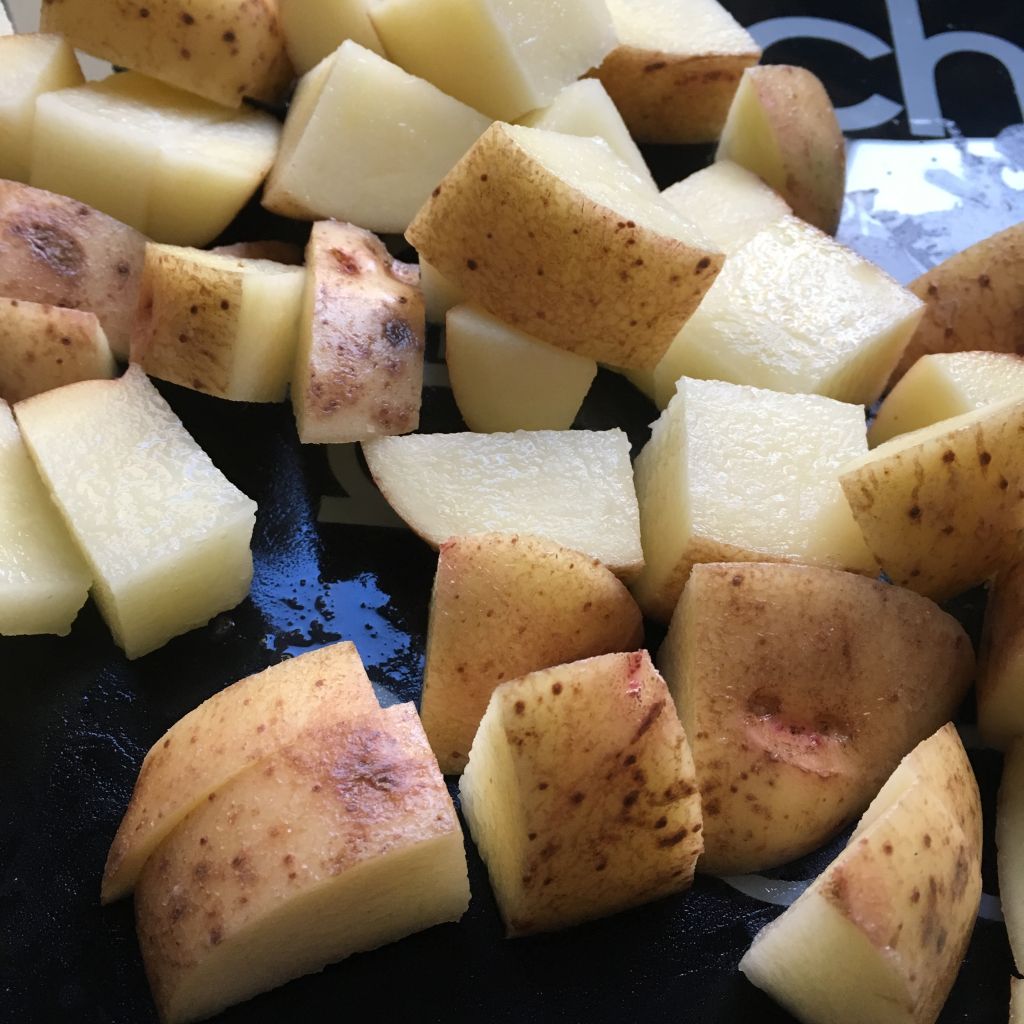 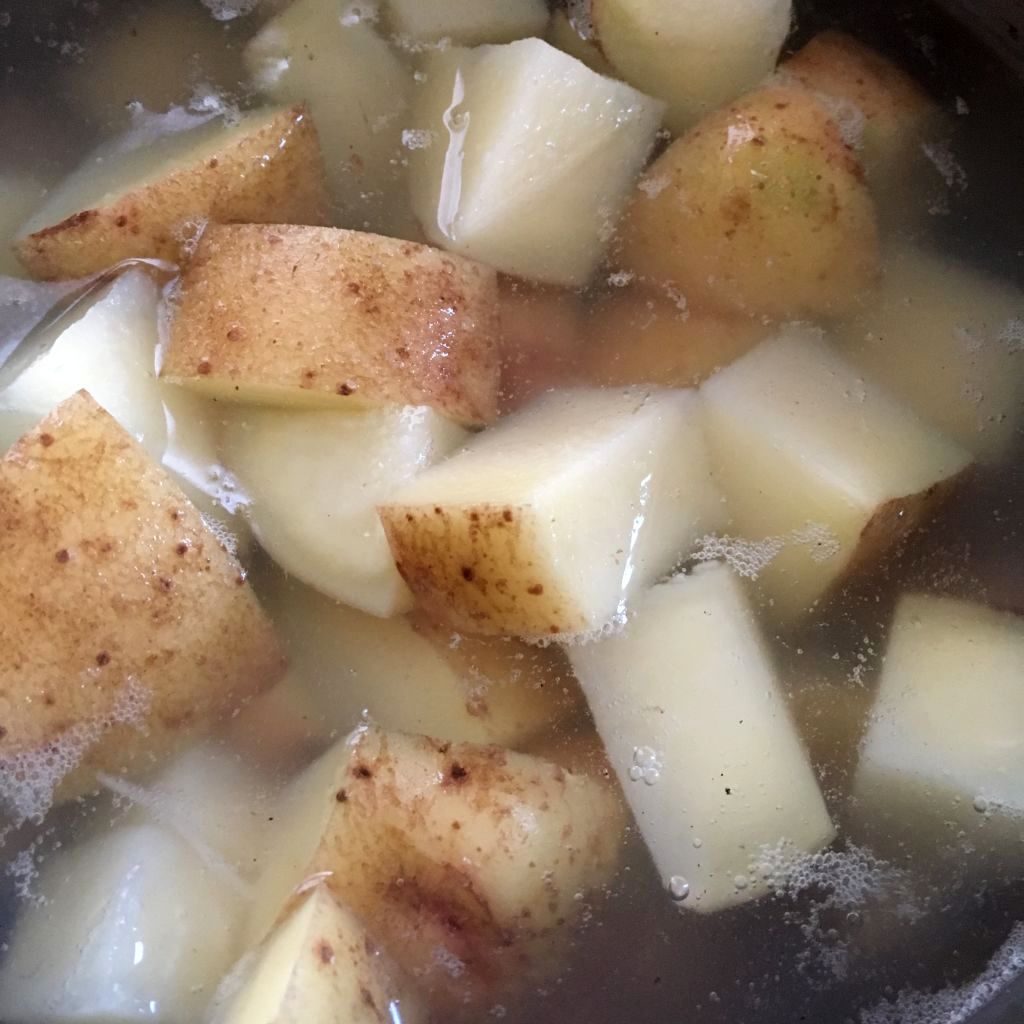 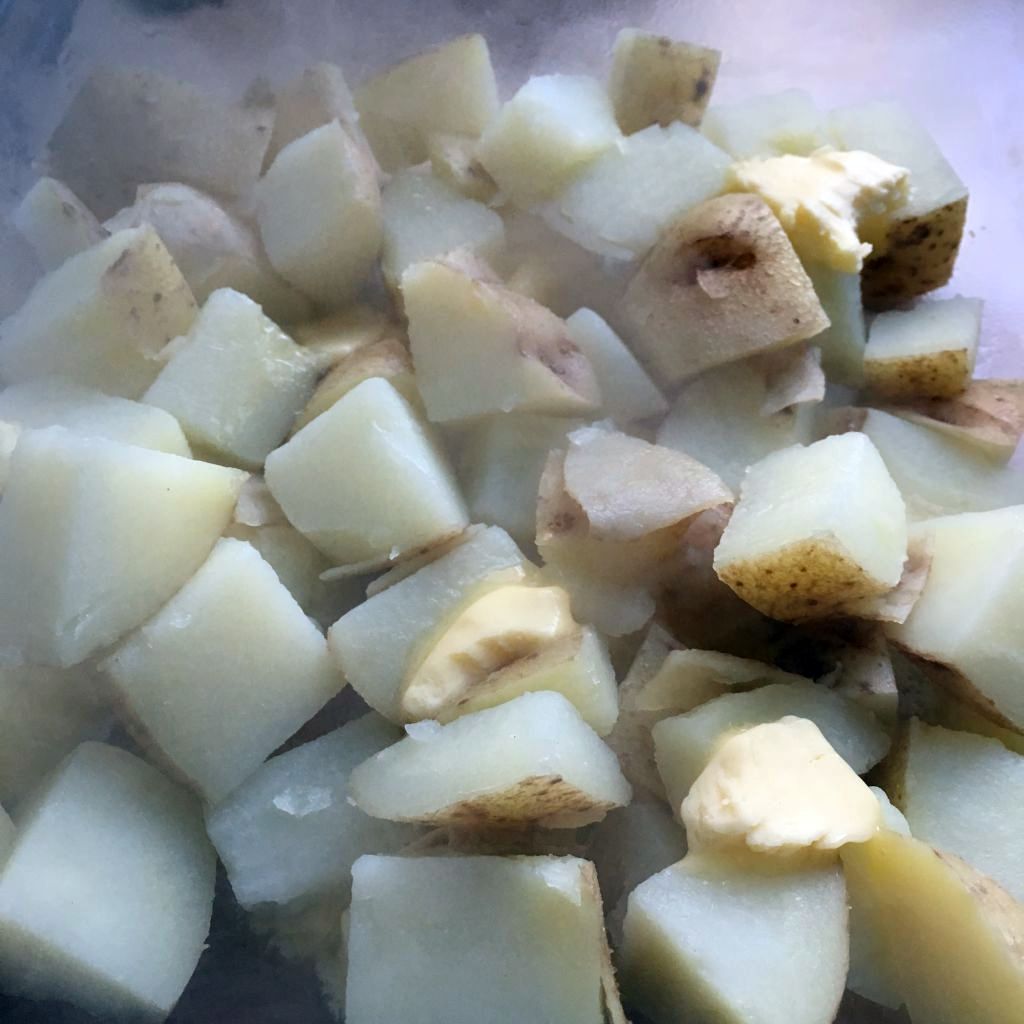 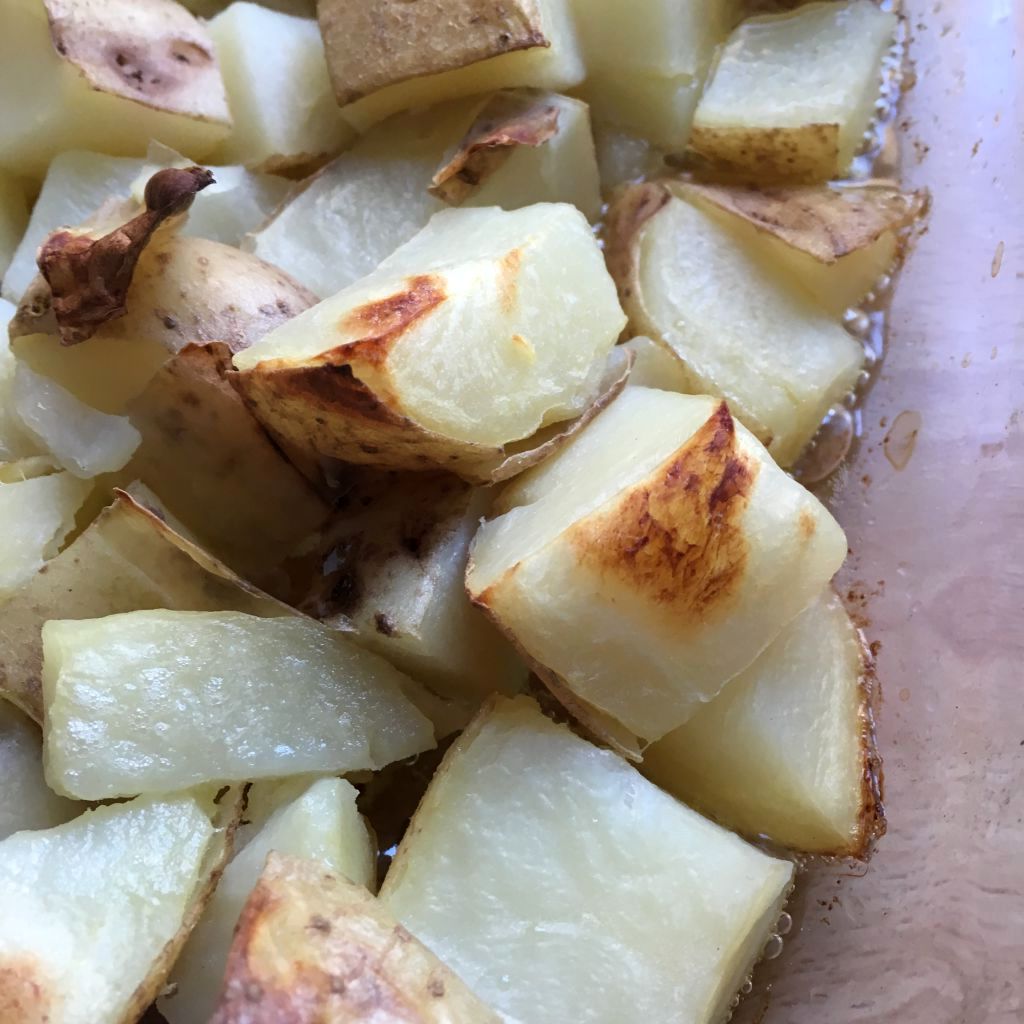 Keep repeating this process every 10 minutes until some of the potato has gone brown. Then: 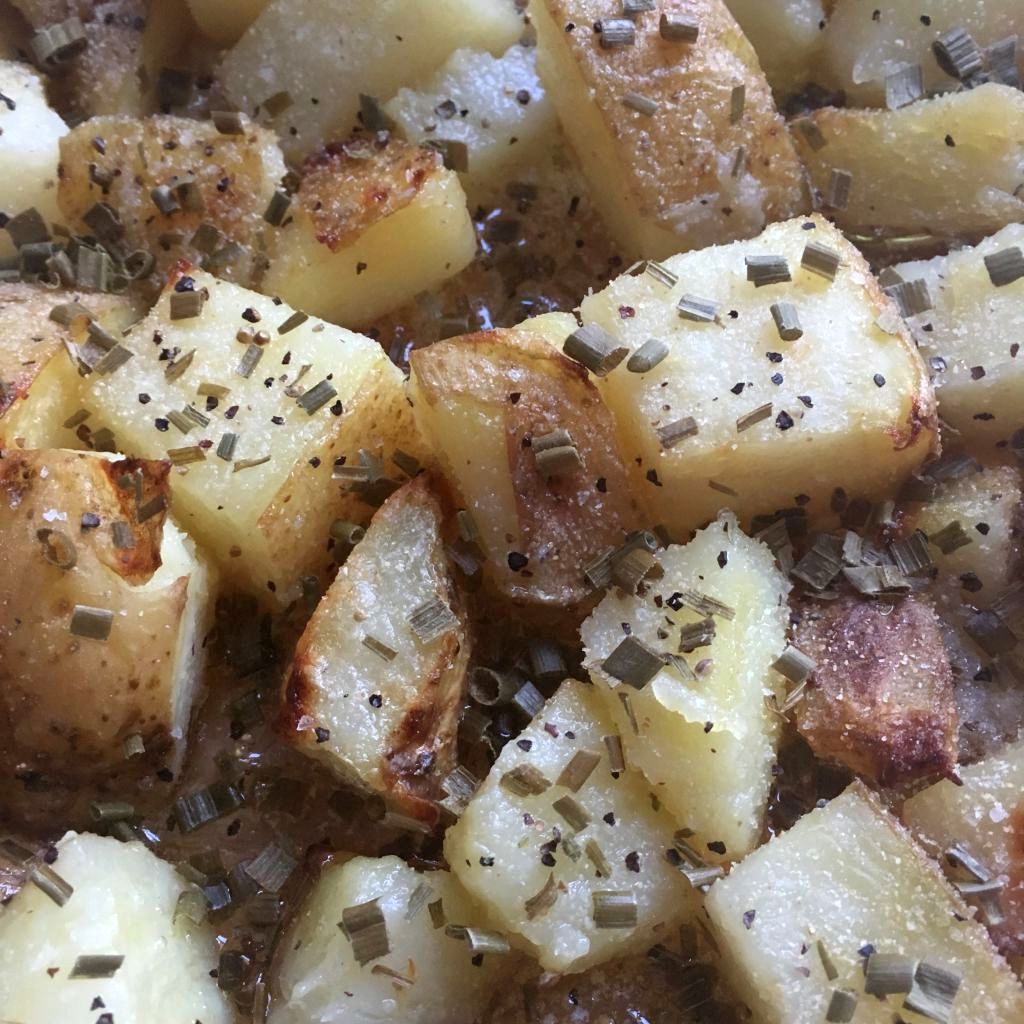 Check it every 10 minutes again. If it’s not crispy enough, stir it, lob it back in the oven.

If it IS crispy enough, put it on a plate with a spoon, and pour the oily liquid from the bottom of the dish over it – there’s a lot of taste in there!

Eat it by itself, or find some left over pulled pork and eat it with that. 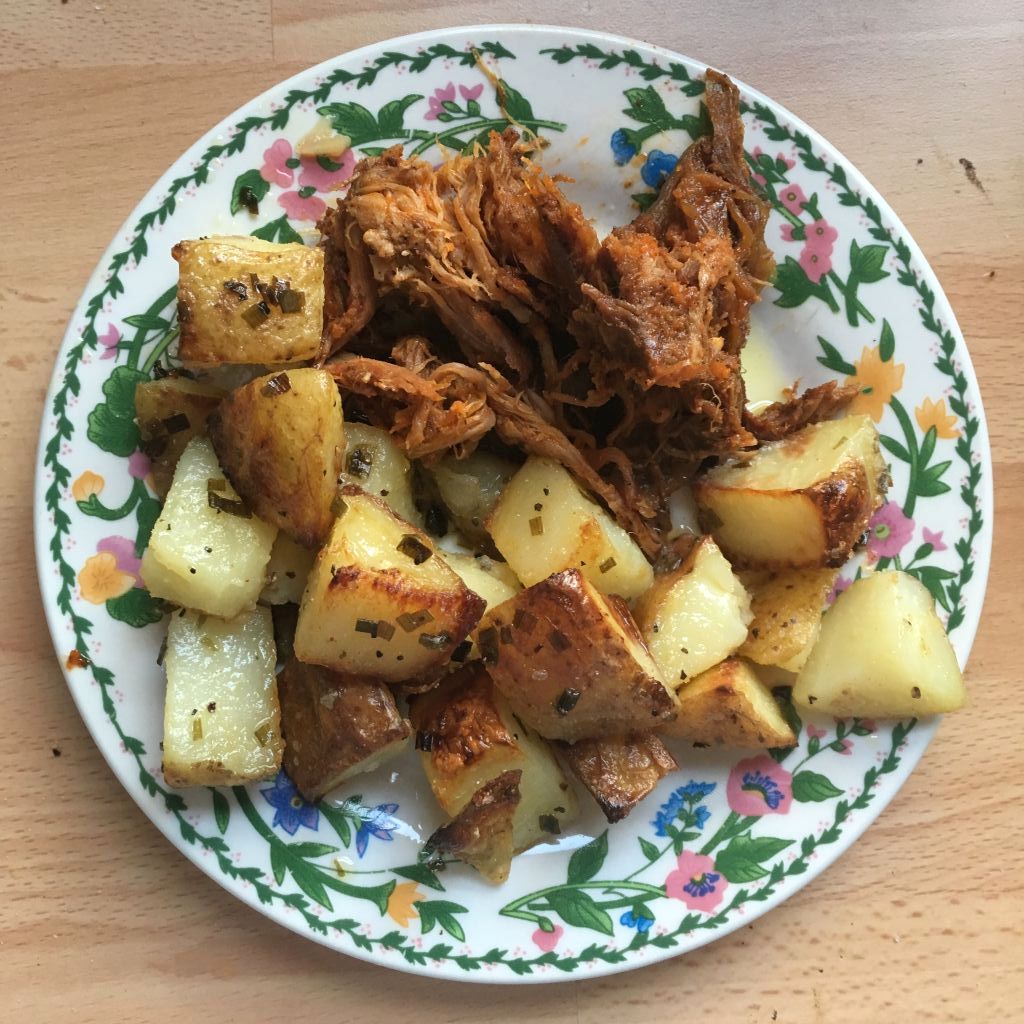 (*) Gentlemen do not have to be actual gentlemen. Ladies may also start their ovens. All sexes are welcome to the potato party.