I don’t do special requests, but when I do, they tend to be complicated. So by special request, here are French Quarter Beignets! And where is today’s recipe from? Paula Deen, of course.

Who is Paula Deen? I have absolutely no idea. According to Wikipedia, she’s an American celebrity chef. So maybe she’s like Jamie Oliver in a wig with a different accent.

But, I hear you cry, what are beignets? It seems that bignuts are a bit like donuts, but from the French Quarter, so they too speak with a different accent.

First up, we’re chucking some sugar, water and yeast in a bowl, and leaving for 10 minutes. Fine. 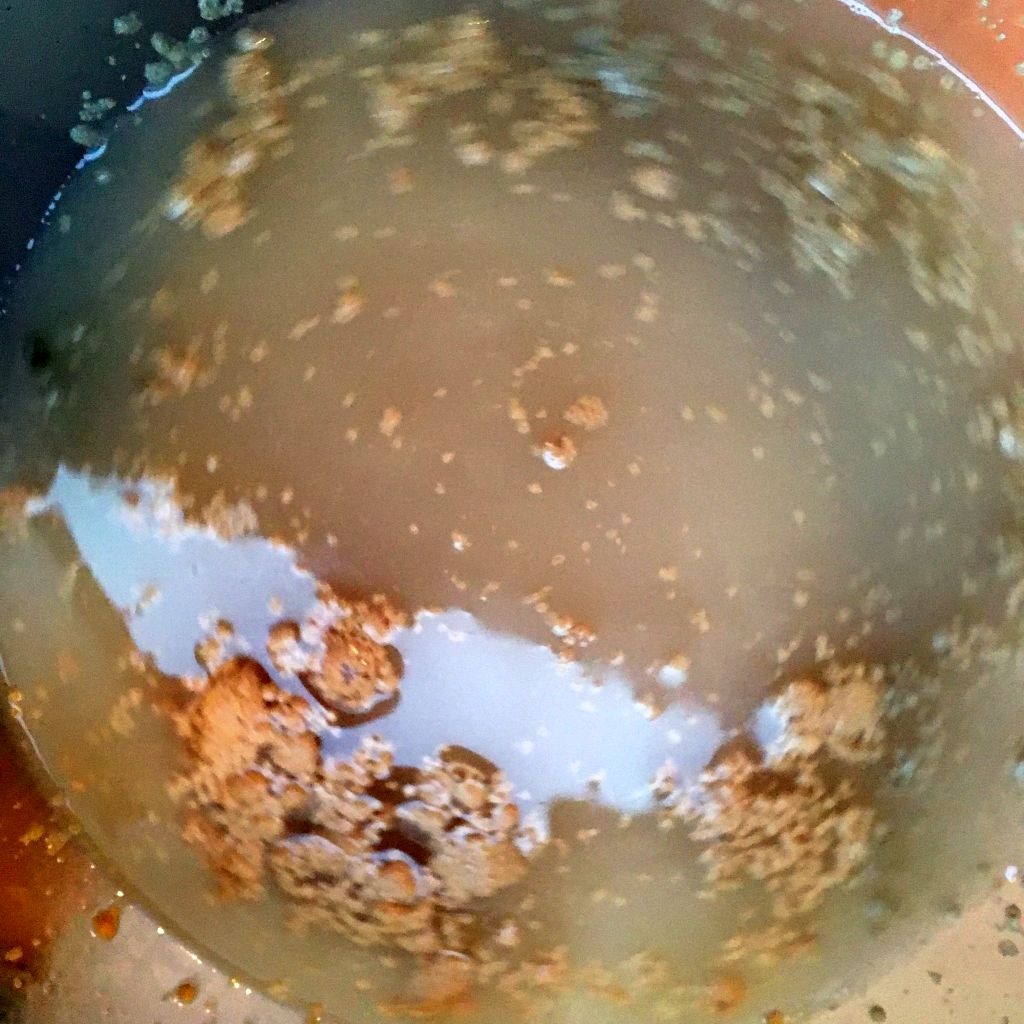 Then, we have to measure out the flour in a separate bowl. Hmm.

I think I understand where this Paula Deen is coming from. She may be a celebrity chef, but she also has shares in a bowl company.

Anyway, short version, whack everything together (did we really need three bowls to start with?) in the electric mixer with the dough hook. Then wonder if these measurements are quite right, because that is one gloopy slop of dough.

Kneading it with a bit of flour alleviated some of the stickiness, but I am not convinced this will work. 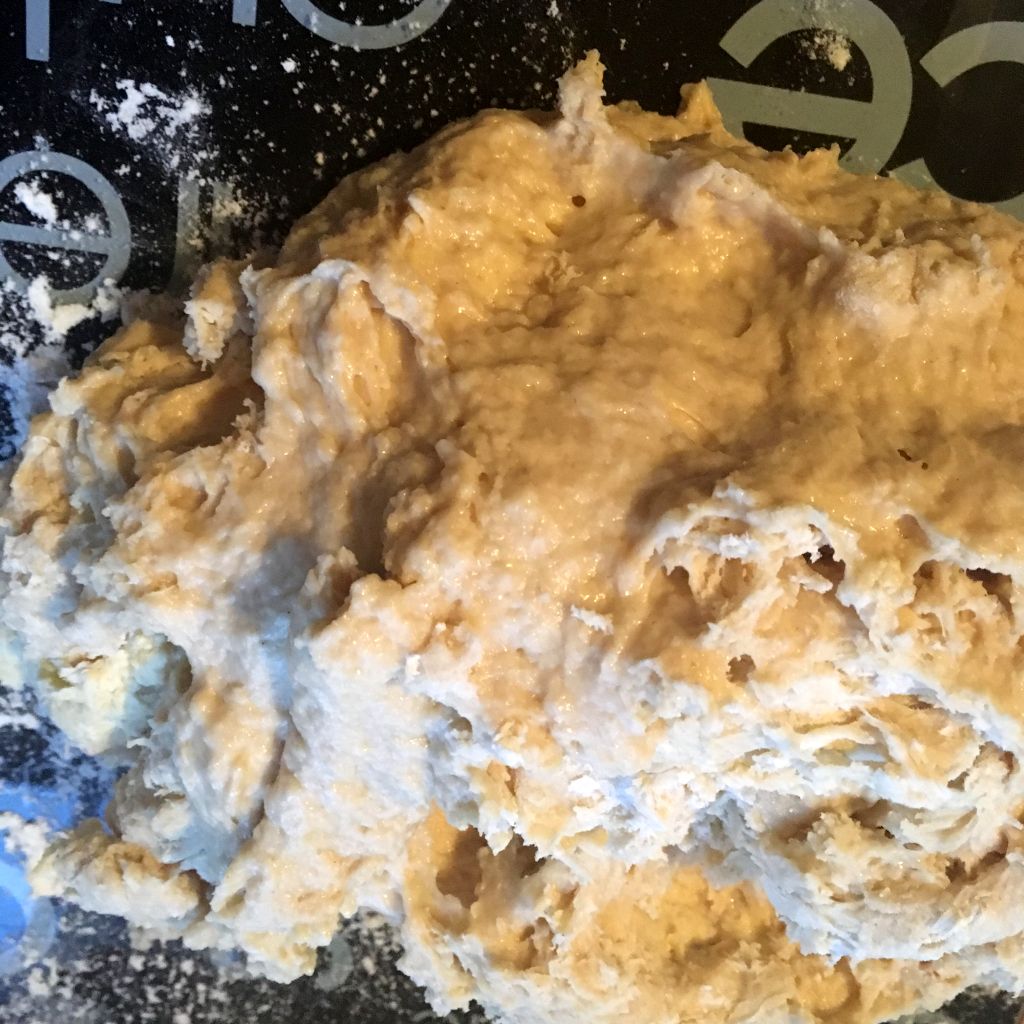 Once needed, the dough was transferred to…wait for it…another bowl that had been sprayed with oil to prevent the sticky dough from sticking. That’s four bowls, Paula. Four. 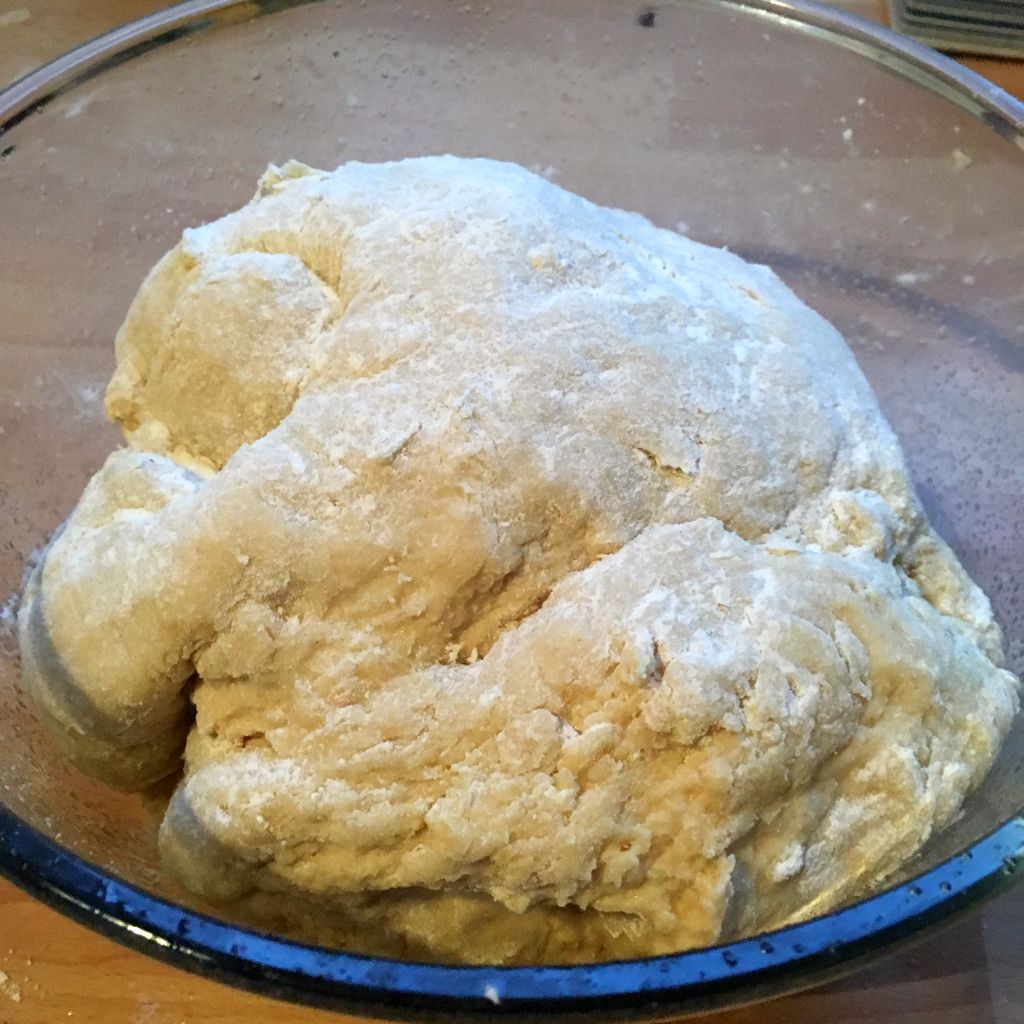 The instructions state that the dough should be left to rise for at least two hours, so that’s what I did. 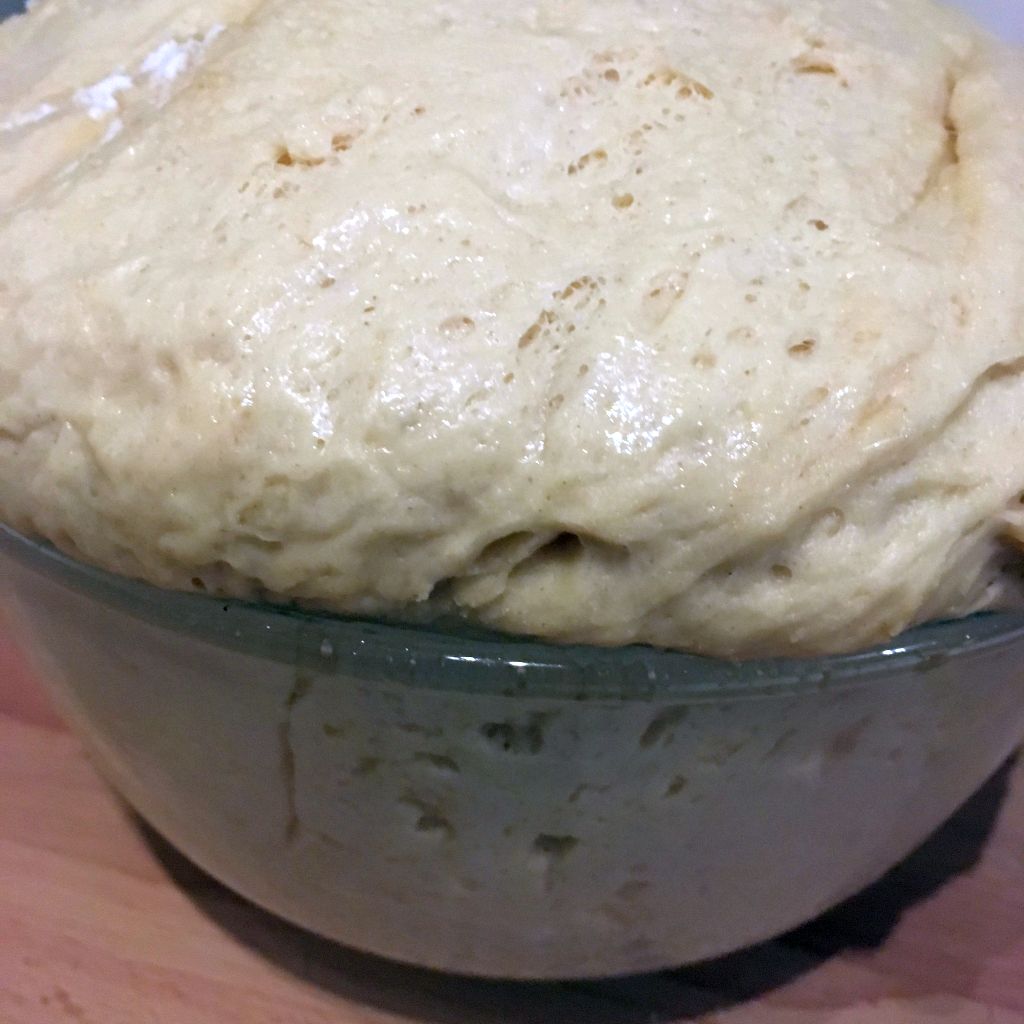 As you can see, it certainly rose. I am concerned that there is no safety warning on this recipe, as should it have been left for 4 hours, I believe the entire house may have become enveloped in sticky dough.

Knowing full well the dangers of dropping churros from slightly too high above the hot oil, I lowered the bayonets into the oil carefully. Life pro-tip: do not do this with sticky dough. Number 17 decided it would be fun to partially stick to my finger, so as I moved my hand away (believing gravity had done the required work), the dough stretched and lifted the bungalow out of the oil. The dough snapped, and the bingohall plummeted towards the oil. 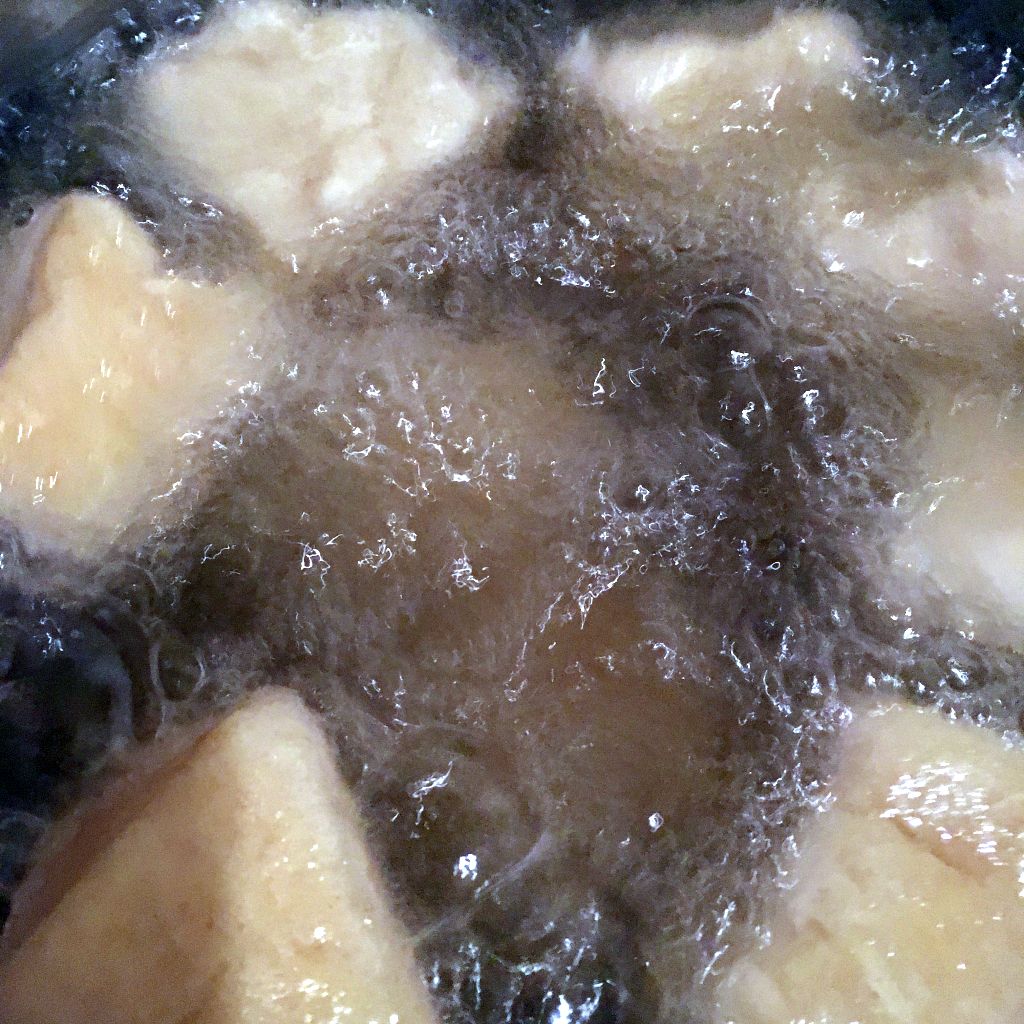 Subsequently, I deliberately burned number 17, so that it would match my hand. That’ll teach it a lesson.

I am now reliably informed that lowering things into hot oil is best done with a long handled utensil. I bet Gordon Ramsay never has this trouble.

So now there’s another problem. When the bongodrums are fried, they double or triple in size. If I’d left the dough to rise for 4 hours, I truly believe the entire street would now be covered in bandicoots. On the upside, it turns out that binkydinks are actually delicious. 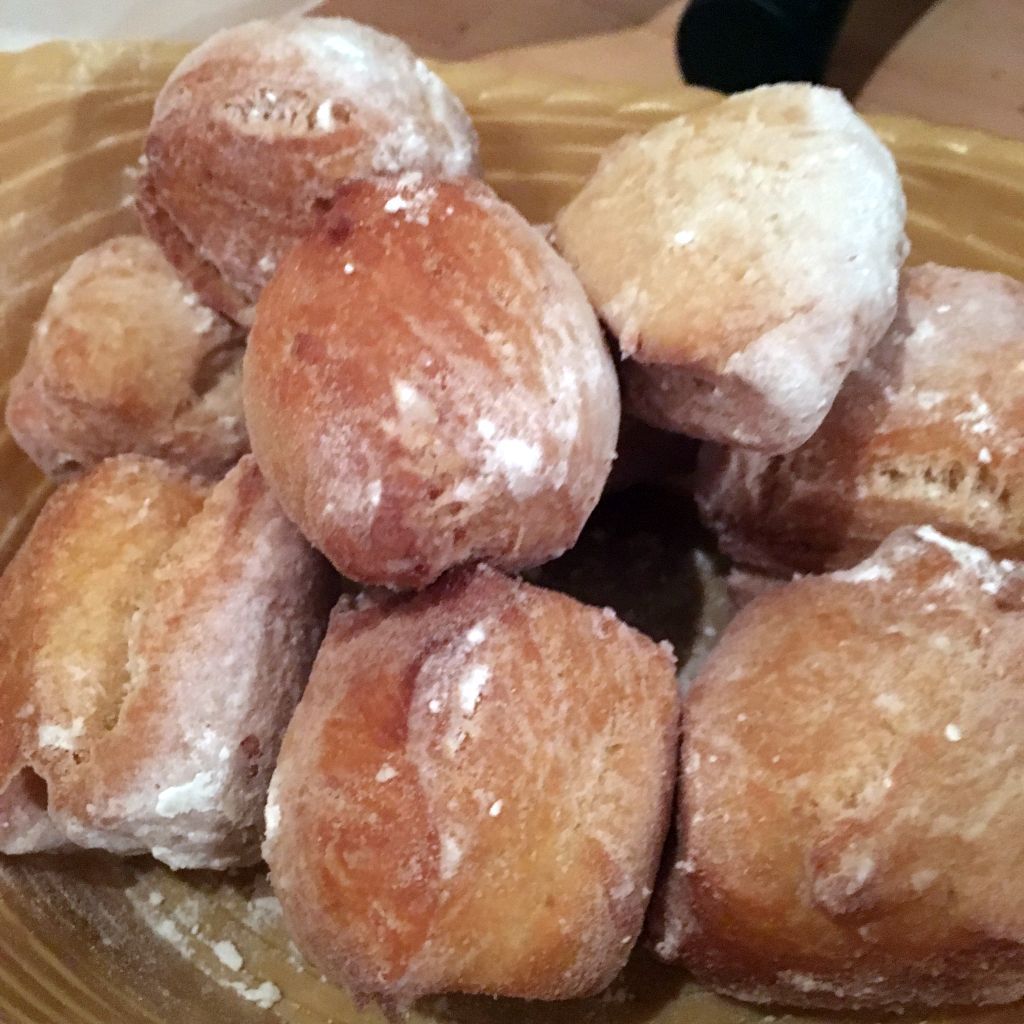 They’re finished off by rolling them around in icing sugar, at which stage you can chuck them down your throat with your one unburned hand. I’m not bitter. Just in pain.

Look at that. I found another bowl to serve them in!

TL;DR: Science experiment engulfs the world, do not leave to rise for more than 2 hours. Burned hand. Tastes amazing (not the hand). Now have enough to last until next Christmas. 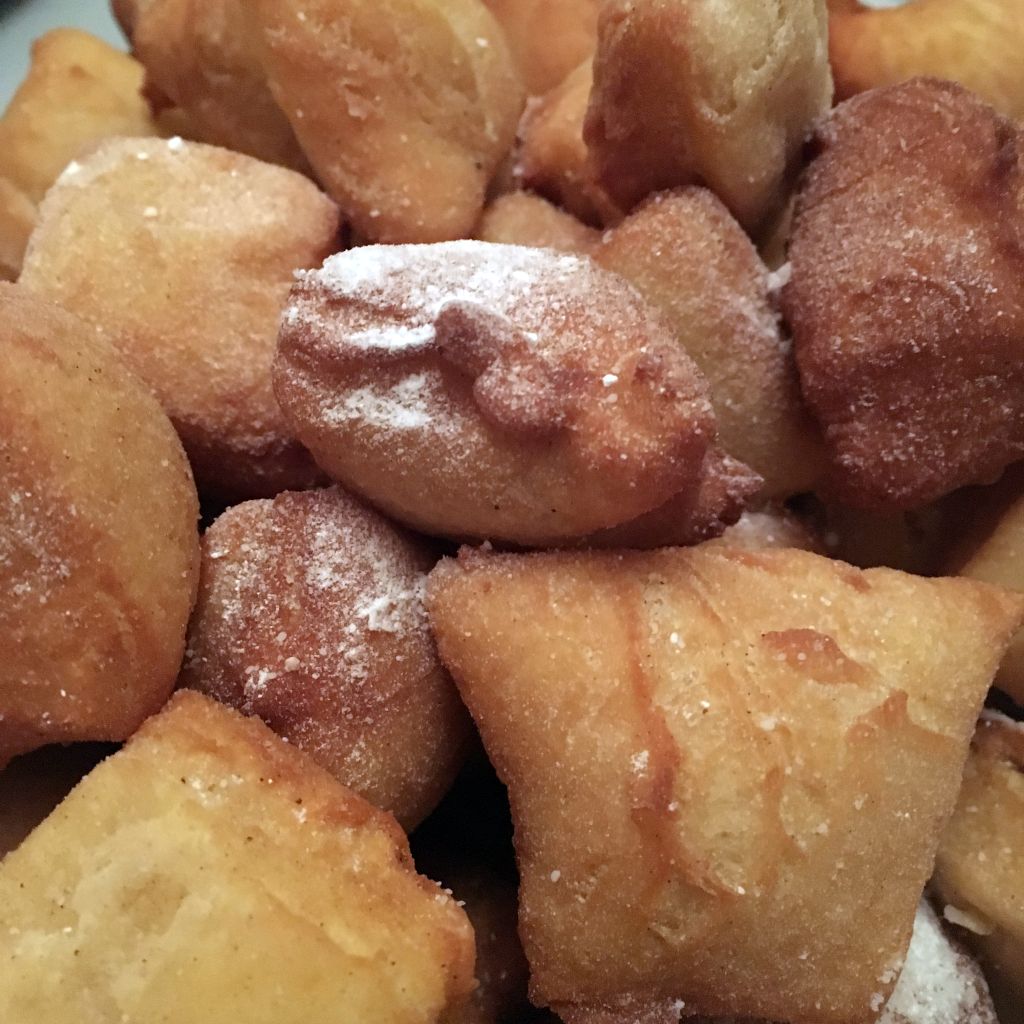