What? Oh. It is vegetables and marshmallows.

Well, that changes everything.

I did actually make one of these for Thanksgiving, and have made a couple previously, but not by following this particular recipe. It’s a Thanksgiving tradition (apparently) to mix in things that should go on hot chocolate with root veg. Which is not weird at all. At least, according to The American, it isn’t.

Let’s take a look at the recipe!

So for some reason, this American traditional recipe is on the UK AllRecipes site. Well, I suppose their name is “all” recipes, so that’s fine. It’s written by Baje…from Mozambique. What is going on here? Is this American or not?

Peel and chop a pound and a half of sweet potatoes, chuck ’em in some water, boil ’em, and mash ’em. Should we stick them in a stew? 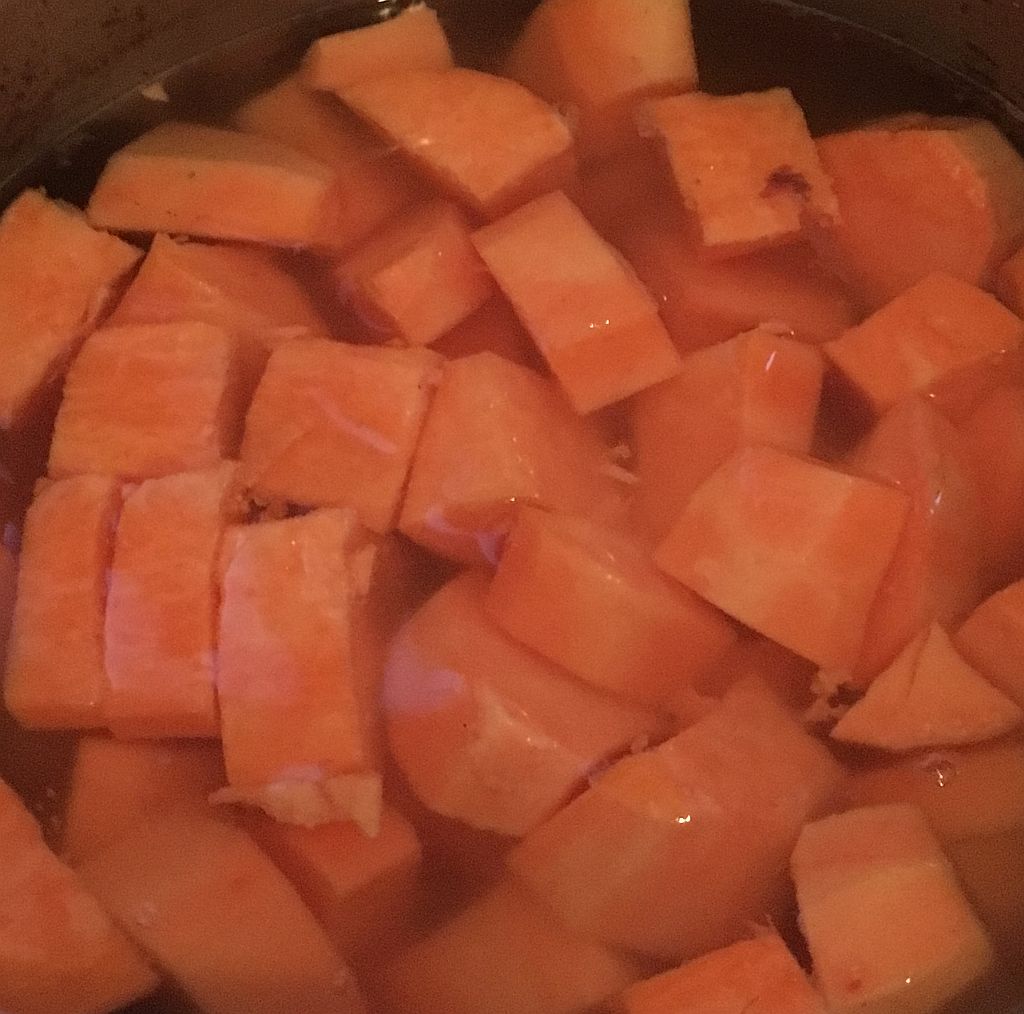 No? OK. Just bang ’em together with some honey, butter, an egg, and some salt, and wallop ’em about with an electric mixer. Now we’re talking!

Hurl them in a greased casserole dish, and cover liberally with marshmallows (hah! Saying ‘liberally’ will get the other Americans talking!) and gently pitch them towards the oven. 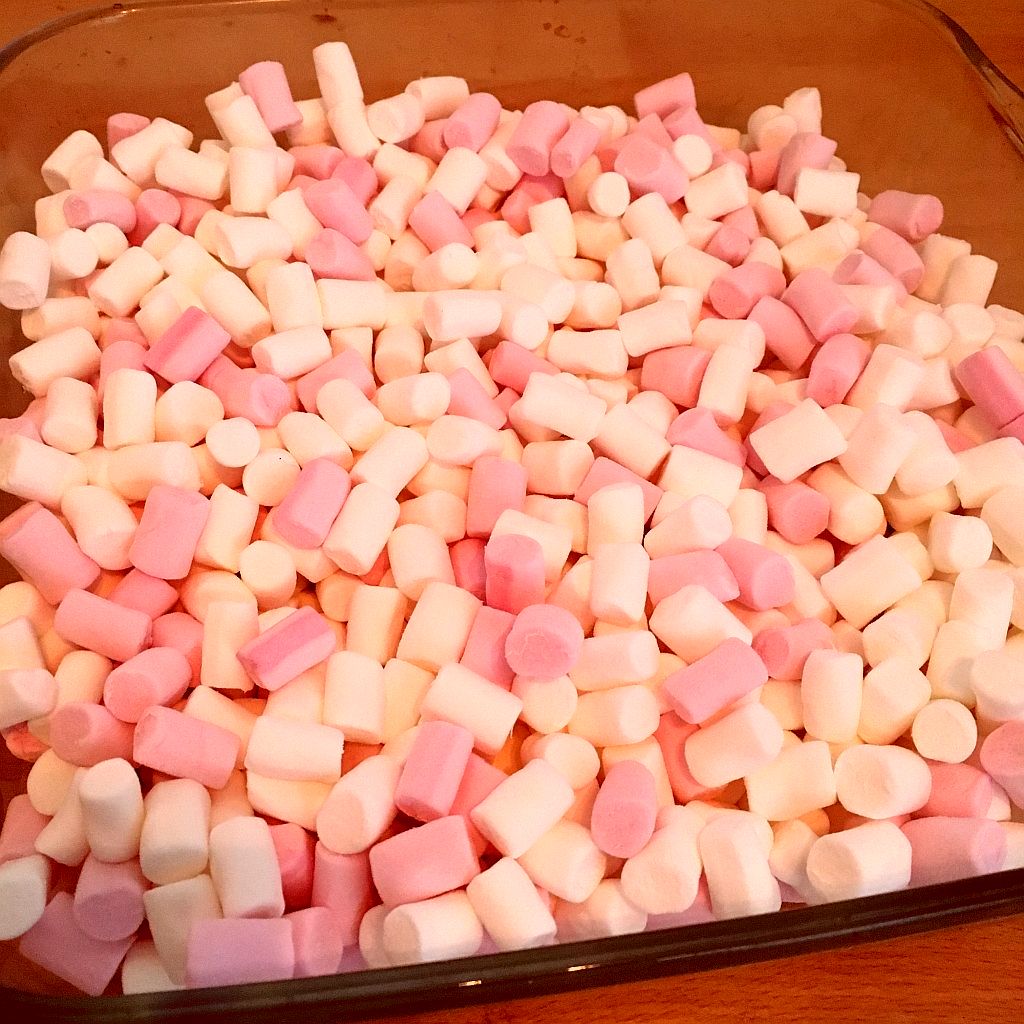 When the marshmallows are going brown, it’s time to take the dish out and shove it all down your throat. 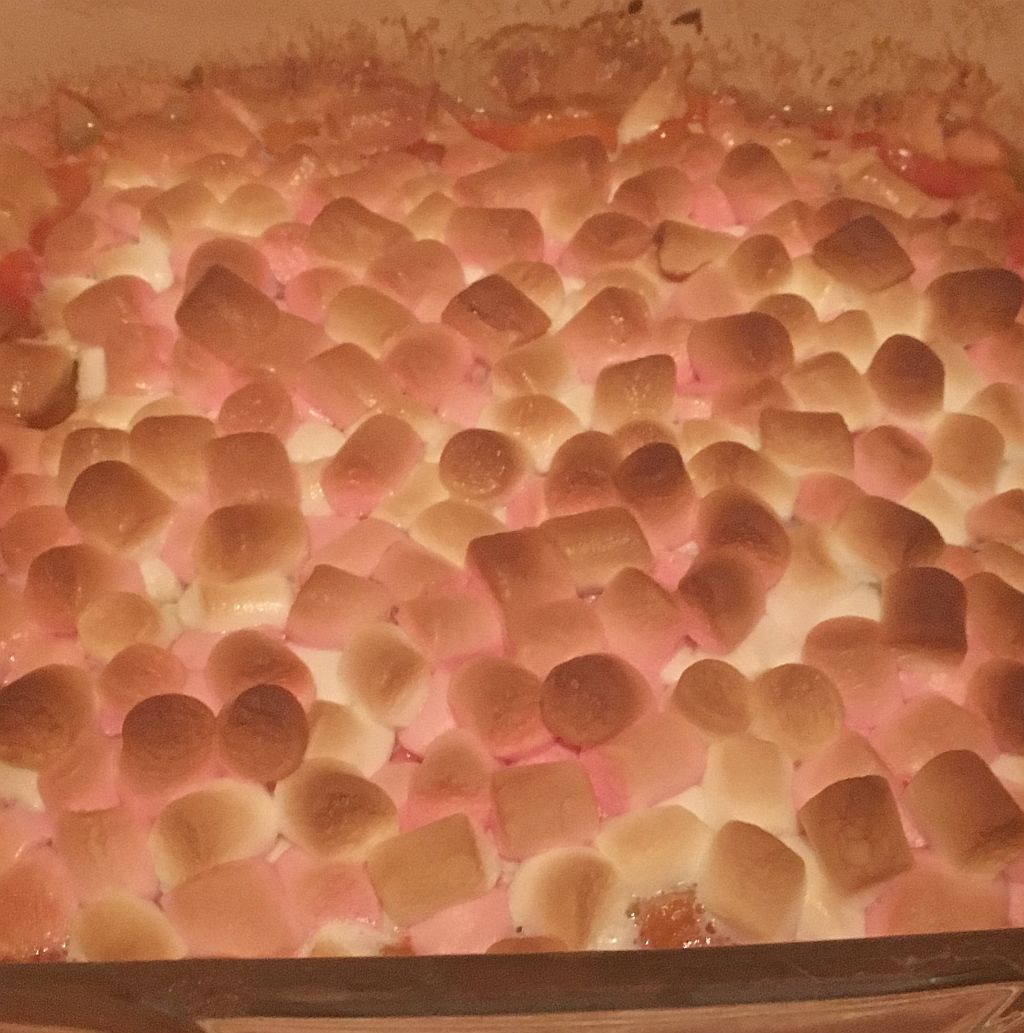 Sweet potatoes, honey, and marshmallows. What did you think it would taste like? Did you read that bit up there?

It’s actually quite nice, but you should probably limit your intake because there are more carbs in this than in a Weetabix sandwich. Who puts Weetabix in a sandwich? Probably the same people that put marshmallows on sweet potato.